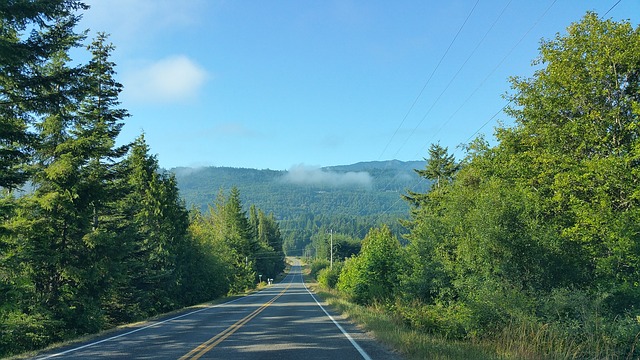 When you think of cities on the West Coast, Los Angeles, Seattle, San Francisco, and Portland probably jump to mind first. Each of those cities have so many wonderful things going for them, but there are so many lesser known cities just waiting to be discovered.

If you are planning a move to the West Coast, don’t get stuck thinking you have to pick one of the “big cities.” There are so many underrated cities on the West Coast with so much to offer and that can meet your needs as well as any of the previously mentioned cities. Some of those underrated cities to consider as you plan your move include:

If you like the idea of living in the Bay Area of California, but San Francisco is out of your price range, consider Oakland. Oakland is right across the bay from San Francisco and offers a more affordable cost of living (though obviously still high, since it is still the Bay Area) and better weather (sunnier and warmer) than foggy, cool San Francisco. If you are looking for a less crowded version of San Francisco with better weather, Oakland is for you, and there are plenty of Oakland houses for sale as you plan your move.

Many people only really know of Portland when considering a move to Oregon or the West Coast. However, a broader search will turn up Astoria, Oregon, a port city with lots of history. The city is the oldest west of the Rockies and Lewis and Clark’s last stop.

Now, Astoria gives off historical small town vibes while also being a thriving and vibrant beach town. You can enjoy the beach, hiking, or even a great microbrew. This is a great, underrated city to consider in Oregon.

Similar to Portland in Oregon, Seattle is generally the only city associated with Washington, but a great underrated city in Washington is Sequim. Sequim is located in northern Washington and because it is at the base of the Olympic Mountains, it is in the rain shadow of the mountains, meaning it receives much less rainfall each year than the rest of the state. In fact, it is known as “Sunny Sequim.” Sequim is also known for its gorgeous purple lavender farms. The culinary scene has adopted the lavender crops into their menus. The city also has amazing views of mountains and the ocean. If these bonuses sound appealing, Sequim might be your city.

Hood River, Oregon is about an hour’s drive from Portland. It is in the Columbia River Gorge. If you enjoy the outdoors, the location of this city has a lot to offer. From hiking to windsurfing, Hood River has so many options for lovers of the outdoors. If you are looking for an Oregon city near Portland with outdoor recreation, consider Hood River

As you can see, the West Coast is so much more than LA and San Fran. There are many exciting cities in Washington, Oregon, and California that you may have never considered but should.

Welcome to Miss Foxy Blog, filled with everything lifestyle. From interiors to days out, health to reviews and everything inbetween.

Copyright. All Rights Reserved. | Designed by Crafthemes.com
We use cookies on our website to give you the most relevant experience by remembering your preferences and repeat visits. By clicking “Accept All”, you consent to the use of ALL the cookies. However, you may visit "Cookie Settings" to provide a controlled consent.
Cookie SettingsAccept All
Manage consent

This website uses cookies to improve your experience while you navigate through the website. Out of these, the cookies that are categorized as necessary are stored on your browser as they are essential for the working of basic functionalities of the website. We also use third-party cookies that help us analyze and understand how you use this website. These cookies will be stored in your browser only with your consent. You also have the option to opt-out of these cookies. But opting out of some of these cookies may affect your browsing experience.
Necessary Always Enabled
Necessary cookies are absolutely essential for the website to function properly. These cookies ensure basic functionalities and security features of the website, anonymously.
Functional
Functional cookies help to perform certain functionalities like sharing the content of the website on social media platforms, collect feedbacks, and other third-party features.
Performance
Performance cookies are used to understand and analyze the key performance indexes of the website which helps in delivering a better user experience for the visitors.
Analytics
Analytical cookies are used to understand how visitors interact with the website. These cookies help provide information on metrics the number of visitors, bounce rate, traffic source, etc.
Advertisement
Advertisement cookies are used to provide visitors with relevant ads and marketing campaigns. These cookies track visitors across websites and collect information to provide customized ads.
Others
Other uncategorized cookies are those that are being analyzed and have not been classified into a category as yet.
SAVE & ACCEPT